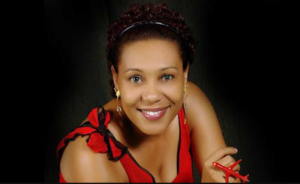 Shan George in a recent interview with Chude Jideonwo said she had a financial crisis in 2011 which was so bad and forced her to sell her valuables to survive.

She said the situation got to the point where she couldn’t pay rent and made her almost take her own life.

“My mum fell ill sometime in 2011. It became so bad and I couldn’t sleep. As if that wasn’t bad enough, my rent had expired. I had to sell some of my cars and jewellery.

“I sold some of my valuables to raise money for my mother’s hospital bills and went back to Calabar.

“They were asking what I was going to be doing. That night, I cried till morning. I thought that was the end for me.”

“When I was suicidal, I was so broke one day. One of my visitors brought this shaving powder and I wanted to put it in water and drink it. I told my mother I was going to kill myself as I was tired and frustrated with everything. Life became tiring for me.”