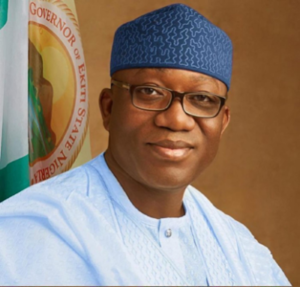 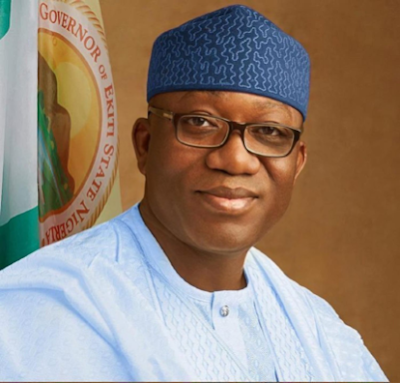 The Chairman of Ikole Local Government Area of Ekiti, Mr Sola Olominu, on Friday said the State Governor, Dr Kayode Fayemi, does not interfere with the sharing of the allocations to the 16 local government areas in the state.

Olominu, who was a former Association of Local Government of Nigeria (ALGON) Treasurer and a second-tenure Chairman, disclosed this in an interview in Ikole-Ekiti.

The chairman was reacting to a statement by the former Chairman of Ado Local Government, Mrs Motunde Fajuyi, in a private radio station, in which she accused Fayemi of deducting millions of naira from the Joint Account Allocation Committee (JAAC) meant for the local government.

He noted that during his first tenure as Chairman, he was ALGON’s Treasurer and Dr Fayemi never interfered with how money was being shared.

“I was shocked to hear Mrs Motunde Fajuyi, who was the former Chairman of Ado-Local Government, talking on a private radio station that she signed N100m as allocation but Dr Kayode Fayemi releases N7 million to her.

“The question I want to ask her is that how much is she paying as salary for workers of Ado LG, traditional Oba and other health workers in the council?

“The fact that she defected to ADC and wanted to sell her governorship candidate does not warrant her to start blackmailing Governor Fayemi and our party.

“I served with Mrs Fajuyi in ALGON and as colleagues. I am fully aware of how the local government allocations are being spent.”

Explaining how allocations are disbursed and utilised, Olominu said, ”Dr Fayemi has never asked us how much is our allocation or how much was released from FAAC in Abuja. He does not attend JAAC meetings. He gave the chairmen the autonomy to decide how we will spend our allocations.

“Every money coming from FAAC will be sent to JAAC under the Ministry of Local Government Affairs, it is from this ministry that they help us to pay all our staff at the local government level.

”For example, we have Ado Local Government and Ilejemeje Local Lovernment. The staff strength of the former triples the latter. If we are receiving our allocations directly, while Ado local has zero token in its account, Ilejemeje will be smiling home.

”As a result of this, the resources are put together, the ministry pays the staff of the local government at once including the primary health workers, primary school teachers and all traditional Obas and Chiefs from JAAC centrally.

“After that, cases where we have past political office holders been denied of entitlement will be paid from the account once they get approval.”

He disclosed that the ministry also put some amount in an account known as the Capital Project Account, depending on how much is left in JAAC for the month.

On some of the projects embarked on with the help of the ministry, the LG boss further stated, “The ministry releases funds for each local government to build neighbourhood market. Funds are released for us to build five kilometres roads.

“Some of my colleagues have completed the first phase and second phase of the five kilometre roads in the community, all these funds are from our joint capital account.”

Olominu urged Fajuyi to be sincere regardless of her current party, adding that she left APC out of her own volition.