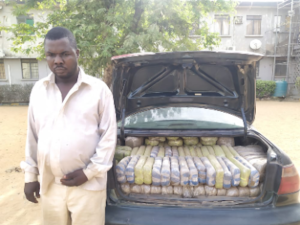 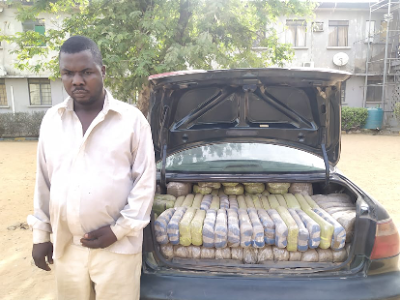 Spokesman of the command, Abdullahi Haruna Kiyawa confirmed the arrest in a statement issued to DAILY POST.

He said the suspect, who is from Edo State, was arrested along Kwanar Dangora in Kiru Local Government Area, Kaduna-Kano border, with over 250 parcels of marijuana.

Kiyawa said on investigation, the suspect confessed that he transported the Indian Hemp from Edo State en-route Kano State, with the intent to deliver it to one Alhaji.

He said the expected receiver of the Indian hemp had taken to his heels after realizing that the suspect was arrested.

The State Commissioner of Police, however, directed that the case be transferred to the Command’s Criminal Investigation Department, Narcotics Section for discreet investigation.

He said the suspect will be charged to court upon completion of the investigation.