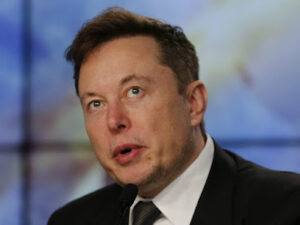 Twitter says it has adopted a limited duration shareholder rights plan, known as a “poison pill”.

In a statement on Friday, the company said its board of directors voted unanimously to adopt the strategy.

The poison pill is often used to intercept hostile corporate bids by diluting the stake of the entity eyeing the takeover.

The development comes a day after Elon Musk, the billionaire founder of Tesla Inc., offered to buy the company for $43 billion.

Under the new structure, if any person or group acquires beneficial ownership of at least 15 per cent of Twitter’s outstanding common stock without the board’s approval, other shareholders will be allowed to purchase additional shares at a discount.

“The Board adopted the Rights Plan following an unsolicited, non-binding proposal to acquire Twitter,” the statement reads.

“The Rights Plan is intended to enable all shareholders to realize the full value of their investment in Twitter.

“The Rights Plan will reduce the likelihood that any entity, person or group gains control of Twitter through open market accumulation without paying all shareholders an appropriate control premium or without providing the Board sufficient time to make informed judgments and take actions that are in the best interests of shareholders.”

Twitter added that the rights plan would not prevent the board from accepting an acquisition offer if the board deems it in the best interests of the company and its shareholders.

Commenting on the development, Dan Ives, Wedbush analyst, said the poison pill is a “predictable defensive measure” for the board, although it will not likely “be viewed positively by shareholders given the potential dilution and acquisition unfriendly move”.

Musk had announced a 9.2 per cent stake in the company earlier this month, making him the largest shareholder.

But he has been bumped out of the top spot by Vanguard Group.

Musk had said he has a Plan B if his offer is rejected.