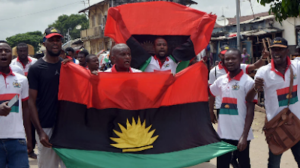 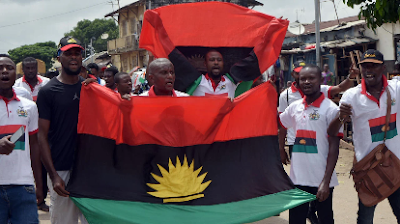 The Biafra National League (BNL) have alleged that another commander in their group has been missing since after Cameroonian forces killed one Honestly Udom, alias Black Scorpion of the Black Marine squad, over the weekend.

The name of the missing commander was not disclosed at the time of this report.

Udom was reportedly killed in his house in Idebato part of Atabong East area of the Bakassi peninsula.

In an interview, a source in BNL, who prefers to remain anonymous, said “One of our members in Ekpri Ikang, near Calabar, has reported that one of our commanders has been missing since after Black Scorpion was killed on Friday by Cameroonian forces in Atabong in the ceded Bakassi.”

Reacting, Captain Tope Aluko, the PRO of 13 Brigade of the Nigerian Army in Calabar said from her inquiries, the alleged killing was not correct.

“I made contact and competent officers said nothing of such happened”, she said.

Following the rebuttal, the BNL source said, men of the Nigerian military are not their friends and cannot speak for them.