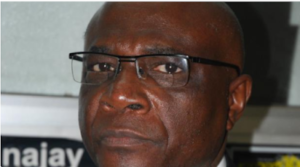 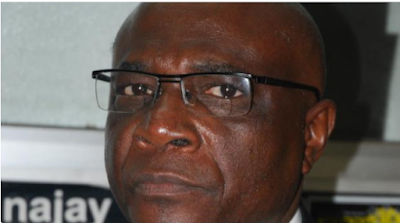 Bayo Onanuga, a former managing director of the News Agency of Nigeria (NAN), says he is in support of the 2023 presidential bid of Bola Tinubu, chieftain of the All Progressives Congress (APC).

In a statement posted on his Facebook page on Saturday, Onanuga dispelled the report that he has pitched his tent with Vice-President Yemi Osinbajo, who declared interest in the presidency on Monday.

The former NAN MD noted that he has known Tinubu since 1992 and was part of his governorship campaign in 1998.

Onanuga said the former Lagos governor brought innovations into governance of the state during his eight years in power.

“My attention has been drawn to some lies being circulated about me as having jumped the Bola Ahmed Tinubu train and being against his presidential ambition. I am fully in support of Bola Tinubu. I am not in PYO’s camp and will not be in his camp if Tinubu is running,” Onanuga said.

“People who know me will attest to the fact that I am ever loyal to my friends, loyal to a political cause. I have been on the political left since 1978 when I joined Awolowo’s UPN as a UNILAG student. I am not a renegade. And I can vouch for Senator Tokunbo Afikuyomi and Dele Alake as well.

“The author of the rumour was merely writing conjectures on an issue that is unpredictable, a party’s primary election, where an outsider will only labour in vain in making permutations.

“As far as I am concerned, and let me say it loud and clear, I am in support of Bola Tinubu’s ambition. I am not against him. He is my first choice, the second choice and the third choice for the exalted seat.

“Nigeria is in need of a visionary, a deep thinker, a man with the Midas touch, who can take our country on a journey of prosperity. This country has suffered enough and really needs a new leader who can breathe fresh air in it and change the way things are done.

“Nigeria needs a man of ideas, who will not just talk his way, but really get things done. I have no doubt that Bola Tinubu is capable of this, which is why I support his campaign to lead Nigeria.”

Onanuga added that he has no iota of doubt that Tinubu will replicate his strategies in Lagos at the centre.