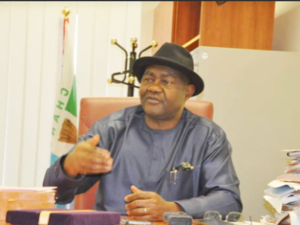 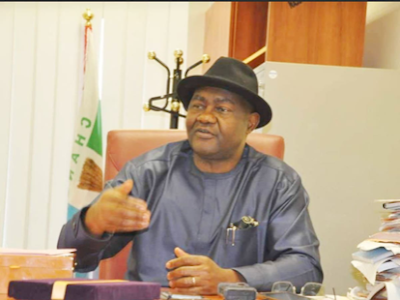 Former Rivers East Senator, Magnus Abe has declared his intention to run for the governorship election in Rivers State in 2023.

Senator Abe made the declaration while addressing his supporters in Bidere, Gokana Local Government Area of Rivers State on Sunday.

The Senator, however, pledged to support any aspirant of the party who emerged in a “free and fair contest”.

He said, “I have not said Magnus Abe must be the candidate of the party. I have always said and I repeat, if you have a fair, free, equitable process and somebody emerges from the process, I Magnus Ngie Abe will support such a person and the person will win.

“That is why I have said and I want to repeat that I Senator Magnus Ngei Abe will contest for the gubernatorial ticket of the All Progressives Congress”.

He advised the party not to repeat the mistake of 2019 and ensure the stoppage of what he described as “political rascality’.

The Senator also faulted the recent position taken by some aspirants under the APC from the Riverine region of the State to support any of them that emerged the candidate of the party, stressing that “it will not work”.