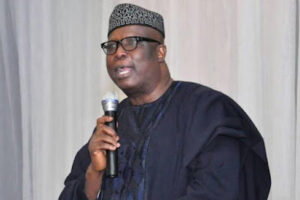 In an interview with Chude Jideonwo, the media entrepreneur, Ojudu said when Osinbajo met Tinubu, they talked about federalism for about an hour.

The presidential aide said for the eight years Osinbajo was Tinubu’s attorney-general, he did well.

“If I support Osinbajo, he deserves to be supported; I’ve known him since 1989. And in 1999, when I worked for Ahmed Bola Tinubu to become governor, he asked me if I knew someone who would become a good attorney-general and I said I have a lawyer who is smart and principled and he said go and call him,” he said.

“I’m looking for a better society where people don’t pile all the resources into their personal account. I have the right to support that kind of person.”

The former senator said he will go back to the farm if Buhari supports Tinubu for the presidency.

“Never. Take that from me. Write it down today. I would go back to the farm. If I don’t believe in you I won’t work for you,” he said.