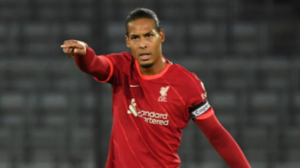 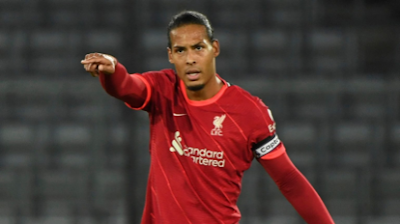 Liverpool defender, Virgil van Dijk, has admitted that Spanish underdogs, Villarreal can beat Liverpool in the semi-finals of the Champions League, same way they defeat Juventus and Bayern Munich in previous stages.

The Netherlands International also named some Yellow Submarine players capable of inflicting pains on the Reds when both sides meet next month.

Van Dijk believes Villarreal will be a tough challenge for the Reds in the semi-finals of the Champions League.

On the way to the semi-finals, Villarreal crushed big obstacles such as Juventus in the round of 16 and Bayern Munich in the quarter-final.

They will now face high flying Jurgen Klopp’s Liverpool on May 3 and Van Dijk believes it would not be an easy one for Merseysiders.

“It will be a very difficult opponent,” said Van Dijk, according to Marca.

“The midfield will be key, as [Dani] Parejo is very good. Obviously [Etienne] Capoue is doing a very good job and now [Arnaut] Danjuma, who I know from the national team, is doing very well.

“They have other very good players too, like Pau Torres who is an outstanding player.”

He, however, said Liverpool will have no choice but prepare to face Unai Emery’s stubborn side squarely.

“We will have to be prepared and when the time is right we will focus on them,” the Dutch international said, but maintained, “It’s going to be very hard.”

He added, “They beat Juventus, they beat Bayern and they have to believe they can beat us. We will give it our all.”