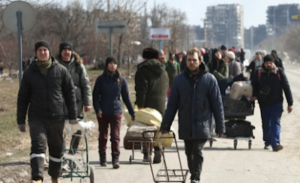 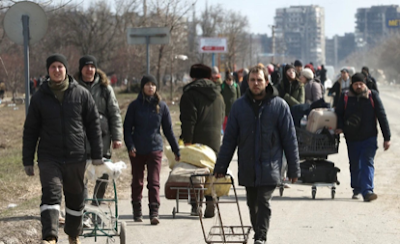 Governor of Luhansk Oblast, Serhiy Haidai, on Monday, urged Ukrainians to evacuate the city at once because Russian shelling is everywhere.

Haidai said there are no safe places left for civilians in the eastern Ukrainian region, amid the ongoing war between Ukraine and Russia.

“Evacuate now, we can still save you,” Serhii Haidai said on Telegram, according to CNN.

“We will proceed with evacuation no matter what. We will take people with us from places we can get to. It is already very difficult to leave Rubizhne, Popasna, and Hirske. To date, there are no safe places left in the region.

“Russian shelling is everywhere. Evacuate now, we can still save you. Do not [wait until] there is no safe way out of the area. Buses are waiting for you on April 18. Gather your things and come. Ukraine needs you alive!”

Haidai’s statements are coming less than 24 hours after attempts to agree on safe evacuation routes for civilians trapped in fighting in southern and eastern Ukraine on Sunday failed.