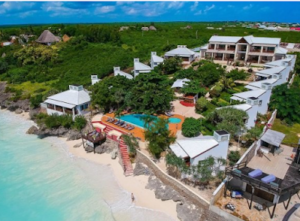 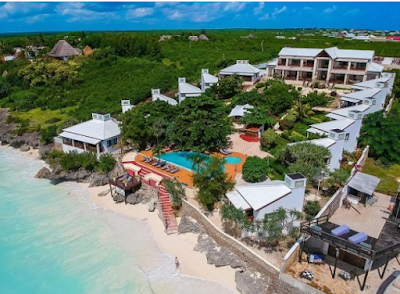 Warere Beach Hotel in Nungwi, Zanzibar, has deleted a statement where Zainab Oladehinde, a Nigerian guest, was accused of having a “love affair” with her alleged assaulter.

Oladehinde had earlier narrated her near-rape experience at the Tanzania hotel.

The Nigerian said she travelled to Zanzibar on April 15, 2021, and booked a room at the beach-side hotel for her birthday.

She alleged that in the early hours of April 17, she felt a hand stroking her unclad body in her pitch-dark room.

She said this was despite that she had locked herself in before going to bed the night before.

Oladehinde said she woke up in shock to an unclad male who attempted to rape her but she eventually escaped.

The accuser said she had reported the matter to the hotel but they dismissed her story as “lies”.

She added that the Tanzanian police also dismissed the case after a medical exam showed there was no penetration.

In the current version of its statement, the resort said it tried its best to support Oladehinde after the incident but she refused to take the case further after it was reported to the Zanzibar authorities in 2021.

However, a previous version of the statement, which was deleted shortly after it was put out, had included several paragraphs accusing Oladehinde of being complicit in the alleged assault case.

The hotel had said she was having an affair with one of the security guards who accessed her room with her consent.

It also added that the police suggested the matter was a case for the civil courts but the accuser had threatened to “tarnish” the hotel’s image if not compensated with $10,000.

Read the deleted statement below:

Firstly we would like to mention from the outset that it is not our policy to respond publicly to any personal issues encountered by our guests,” the statement had read.

However, due to the fact that the said guest decided to go public, we feel, though reluctantly, that we are duty-bound to respond and put the record of the alleged event in its totality.

This is so, particularly since the said news was posted that our Warere Website was hacked and we were inundated by a massive release of negative messages. Within 3 hours we have received 4,000 negative reviews on Google from people who had never stayed at our Hotel but simply tended to believe a one-sided story.

It is true that we had Ms. Zainab Oladehinde as our guest coming from Nigeria who arrived in April 2021.

It is also true that she reported to our management that male security personnel (who is not our employee but was posted at our hotel by the security company) went to her room and attempted to have sexual intercourse with her.

Immediately we directed and assisted her to report the matter to the nearby police station as this is a criminal matter and falls under police jurisdiction to investigate and take appropriate legal measures.

The Police took her statement of complaint and accordingly the accused person (a staff member of the security company) was immediately arrested, detained, and interrogated by the Police. However, to everybody’s surprise, the accused gave a different account of what happened.

He went out of the room to look for a condom and, when he came back, he was shocked to find out that the same woman was complaining that there was an attempted sexual assault. All the same, the police decided that this was a court case and they were willing to pursue the matter in accordance with the existing laws.

However, it seemed, to our bewilderment, that Ms. Zainab was not interested in pursuing the matter criminally with the police. She decided to go to the district commissioner (North A District) where we were summoned and where she demanded payment of USD Ten Thousand from us.

We attended 2 meetings with the district commissioner. We insisted that this was basically a criminal issue and we failed to understand her hesitation to pursue it as such.

Basically, a criminal issue and we failed to understand her hesitation to pursue it as such, despite our readiness for any assistance. On payment of the amount she demanded we explain that such payment could be justified if at face value the alleged event was not controverted by the Accused.

Under the circumstances where the accused is denying any wrongdoing, then the proper cause was to pursue it as a civil case where she can sue the accused, his employer, and can even join the Warere.

She was adamant on this and was insisting on payment of USD Ten Thousand or she would tarnish our good image through social media, something she is doing after a lapse of a one-year period.