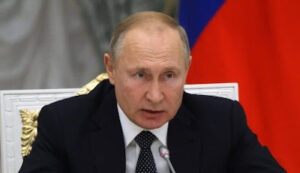 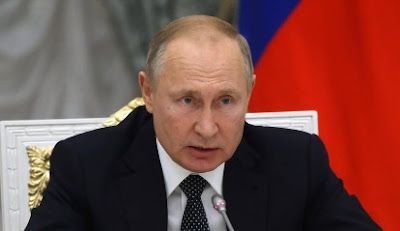 Russian President Vladimir Putin has ordered Russian forces to stop outside the city’s besieged Azovstal steel factory and blockade it “so that a fly can’t get through.”

Putin gave the order to Russian Defence Minister, Sergei Shoigu during a broadcast on state television on Thursday.

He said this while proclaiming the effort by Russian forces to capture Mariupol a ‘success’.

In a meeting with Shoigu, Putin said: “Completing the military task of liberating Mariupol is a great achievement, I congratulate you.”

However, Ukrainian forces still hold the Azovstal plant in the southeastern port city and Shoigu told Putin that Russian forces would need three or four days to take over the factory.

Putin then said the Russian forces “must think … about preserving the life and health of our soldiers and officers,” adding: “There is no need to climb into these catacombs and crawl underground through these industrial facilities. Block off this industrial area so a fly cannot get through.”

Earlier, the Ukrainian side had proposed negotiations on the fate of the fighters and the rescue of civilians who had sought refuge in the factory.