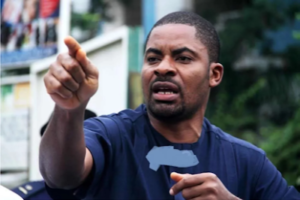 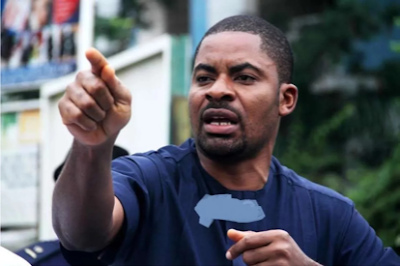 Deji Adeyanju, the convener of Concerned Nigerians, said describing the Buhari administration as a woeful and abysmal failure was an understatement.

It was gathered that the insurgents entered through the eastern part of the town and set Government Science and Technical School Geidam ablaze, killing one person at the school quarters.

The gunmen also targeted ‘Kwari,’ a popular brothel in Geidam, where they slaughtered 10 persons.

Reacting to the massacre, Adeyanju described the Buhari’s presidency as “a woeful and abysmal failure.”

According to Adeyanju, “never has there been an insensible leader in a sane country who stood aloof and watched his people slaughtered in their numbers for fun by terrorists.”

Adeyanju also recalled how Boko Haram slaughtered over ten soldiers in the same state last year with little or no intervention by Buhari and his security chiefs.

Speaking further, he lamented how the ruling party is more concerned about amassing billions of naira from the sale of party nomination forms for various political seats, with the presidential form going for a whopping 100 million than the lives of Nigerians, the voters.

“If we all get killed by terrorists, who will vote them again into power next year?”.

Adeyanju further charged Nigerians to get their voters’ cards ready and be all out to defend their votes at all costs because spending such a huge amount of money on purchasing forms is already a red flag.