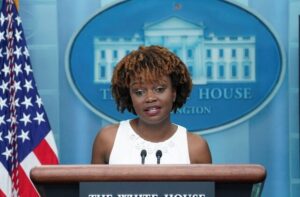 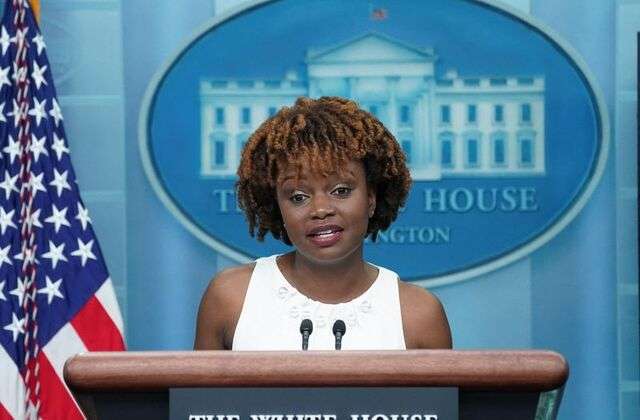 President Joe Biden has named Karine Jean-Pierre as the new White House press secretary. With this appointment, she becomes the first Black and openly gay person to hold the high profile position.

She will replace Jen Psaki, who is leaving the post on May 13, to take up a role as a commentator for MSNBC.

Ms Jean-Pierre, 44, has served in the White House press office since the beginning of the Biden administration and regularly stands in for Psaki in the briefing room. She also filled in for Psaki on the president’s recent trip to Europe after the press secretary contracted Covid-19.

She worked on his 2020 presidential campaign, in President Barack Obama’s White House, and was chief public affairs officer for MoveOn.org, a progressive advocacy group.

“Karine not only brings the experience, talent, and integrity needed for this difficult job, but she will continue to lead the way in communicating about the work of the Biden-Harris Administration on behalf of the American people,” he said in a statement.

The press secretary is the highest-profile public-facing staff job in the White House.

“This is a historic moment, and it’s not lost on me,” Jean-Pierre said in a brief appearance in the White House press room. “It is an honor and a privilege to be behind this podium.”

“She will be the first black woman and the first openly LGBTQ+ person to serve as the White House Press Secretary,” she said.”Representation matters and she will give a voice to many, but also make many dream big about what is truly possible.”

Seun Kuti Calls Aisha Buhari Fat As He Dares Her To Arrest Him Seun Kuti, the son of late afrobeat singer,...

Nigerians In Diaspora Sue Buhari, INEC Over 2023 Elections Nigerians of voting age resident in the United Kingdom and various parts...