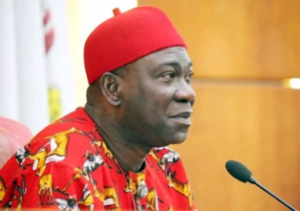 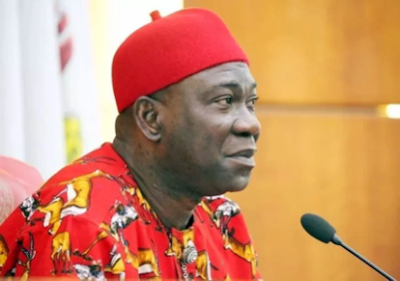 Gubernatorial aspirants of the Peoples Democratic Party, PDP, in Enugu East Senatorial district have responded to the alarm raised by Senator Ike Ekweremadu over alleged political violence in Enugu State.

Itwas reported that Ekweremadu, who spoke through his campaign organization, at a press briefing on Friday, called on the police to arrest the situation.

However, guber aspirants from Enugu East zone have told the Senator that there were no bandits in the party’s politics.

The aspirants from Enugu East Senatorial district, represented by Denge Josef-Ken Onoh, in a statement, Friday evening, described all the allegations by the Ekweremadu campaign group as falsehood.

Onoh in the statement said: “This conference is a unification and a show of solidarity among ourselves to drive home the acceptability and agreement of the people of Enugu state on power rotation and zoning of the common political position of Governorship of the state. Our coming together is to stress our commitment for a peaceful transition process in the state and its dividends of good governance, security and welfare of the people of Enugu state, who are the ultimate beneficiaries of every good administration.

“We wish to acknowledge the pragmatic leadership of the Governor of Enugu State, Rt. Hon. Ifeanyi Ugwuanyi, who has been doing all his best to position Enugu state as the most peaceful and secured state in the country, despite attempts by a few uncooperative ones to dress the state in a bad stead. We are behind Governor Ugwuanyi in these trying times and wish him divine intervention in the process of the people of Enugu state to choose who becomes their next administrator after him. We pledge that we will support whoever will emerge as the candidate of the PDP in the process that has already started well on April 30 2022 with the successful conduct of three-man Ad hoc delegates held in all the 260 political wards of our dear state.