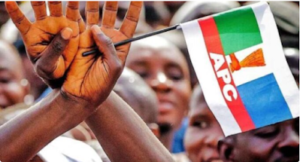 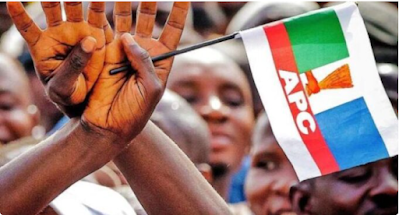 The race for the successor of President Muhammadu Buhari has begun in earnest. Politics has commenced in full throttle, with many analysts of the game classifying the contenders and pretenders for the presidential election in 2023.

The gale of declaration is whipping out promises and campaign strategies from political parties across the country.

Not surprisingly, the party leading the wave of contenders is the ruling All Progressive Congress (APC), with 19 aspirants who have publicly declared their intention for the number one job in the land.

Undeterred by the N100 million price tag of the party’s presidential ticket, aspirants continue to pour like rain in August.

From the bigwigs who masterminded the formation of the party to those who recently defected from the Peoples Democratic Party (PDP), here is everyone who has announced interest in the APC presidential ticket:

After months of speculations and consultations with different support groups, Bola Tinubu publicly announced his intent to contest the presidential election on the platform of APC after meeting with President Muhammadu Buhari on January 10. He was the first in the party to declare his ambition which he described as “lifelong”.

His signal of intent opened the floodgate for a flurry of declarations by other presidential hopefuls within the party.

Less than 24 hours after Tinubu left Aso Rock with Buhari’s “blessing”, David Umahi, governor of Ebonyi, was in the state house for his own anointment.

The governor claimed God spoke to him, and that he was ready to replicate his efforts in Ebonyi state at the national level, especially in terms of building infrastructure.

Orji Kalu’s announcement was direct and straightforward; it came three days after Tinubu’s, and there was no pilgrimage to Aso Rock. It was simply, “I will be very ready to face him [Tinubu] in Eagle Square, and I will get it.”

Rochas Okorocha announced his bid on January 31. During his formal declaration, he described himself as “Captain Rochas”, who is ready to be the “pilot for a new Nigeria”.

A few hours later, he was grilled by the Economic and Financial Crimes Commission (EFCC) for his alleged involvement in a N2.9billion fraud, which he has repeatedly dismissed as a witchhunt.

After months of “begging” from support groups across the country, Yahaya Bello, governor of Kogi, on April 2, announced his intention to run for president on the platform of APC.

Speaking at the Eagle Square in Abuja, he promised that “what God has helped us to do in Kogi state, by the grace of God, we will replicate the same in Nigeria”.

Rotimi Amaechi, minister of transport, declared his intention to contest for the APC presidential ticket on April 9 —  just days after a gang of bandits attacked a train with over 300 passengers on board in Kaduna.

During the event where he threw his hat into the ring, the minister of transportation jogged around the stadium in demonstration of his physical fitness for the position of the president.

On the same day, albeit virtually, Tunde Bakare, serving overseer of The Citadel Global Community Church, formerly known as the Latter Rain Assembly, announced his presidential bid and unveiled ‘Project 16’ to Nigerians in the diaspora.

The cleric said he was joining the race because Nigerians “need a leader who can reconcile historical and current differences, reintegrate the various ethnic and religious constituent parts into true nationhood, and rebuild the broken walls of federalism while maximising Nigeria’s diverse, geo-economic economic potential”.

Vice-President Yemi Osinbajo joined the race for the APC presidential ticket in a less dramatic fashion. His announcement was not at the stadium or arena like the rest, but via a live TV broadcast on April 11.

The vice-president promised to continue to carry on the legacy of his principal.

Chris Ngige, minister of labour and employment, announced his presidential ambition on April 19 in front of a crowd at Alor in Idemili South LGA of Anambra state.

The minister, who has been at the forefront of negotiations to end the protracted strike action of the Academic Staff Union of Universities (ASUU), said APC had not failed Nigerians, and Buhari is greatly misunderstood — especially in the south-east.

He said his experience in public office over the years gives him the capacity to perform well as president.

After months of mixed signals, Ben Ayade, governor of Cross River, finally declared his intention to gun for the ruling party’s presidential berth in 2023.

He announced his intention after meeting with Buhari on April 26, stating that he would only step down from the race if former President Goodluck Jonathan is in the contest.

Chukwuemeka Nwajiuba, minister of state for education, became a presidential hopeful after he was presented with APC’s N100 million expression of interest and nomination forms by a support group.

The minister of state for education said Buhari has achieved “extraordinary feats” in the last seven years, adding that he is ready to “build on the solid foundation that has been laid thus far”.

Ken Nnamani, former president of the senate, declared his ambition on April 29 at a press conference in Abuja.

Announcing his intention, Nnamani said: “Nigeria needs to be reinvented to be a modern, democratic state.”

Kayode Fayemi, governor of Ekiti and chairman of the Nigeria Governors Forum (NGF), finally announced his presidential bid on Wednesday, May 4 in Abuja.

The governor said the decision was not easy, and that he consulted with Nigerians at different strata of society before declaring his bid.

Adams Oshiomhole, former governor of Edo, dropped his own gauntlet on the same day as Fayemi, announcing that he would also be vying for the presidential ticket of the party.

The former APC national chairman’s presidential declaration came precisely one month after announcing he would contest for the Edo North senatorial seat.

Akpabio said he is determined not to let Nigeria sink, noting that the “deep well of experiences” he gathered in service has prepared him for the presidential position.

The serving senator said he is in the race because Nigeria needs a “leadership that will galvanise our country to achieve our manifest destiny as the leading nation, not only in Africa but in the black world”.

Nicholas Felix, a US-based Nigerian pastor of the Miracle Church International, announced his entry into the race by procuring the N100 million presidential nomination and expression of interest forms on Thursday.

Felix had, in 2019, contested the presidency on the platform of the Peoples Coalition Party (PCP) and got 110,196 votes — the third most votes secured by a political party in the poll.

He became the second pastor to declare an intention for APC’s presidential ticket.

Speaking at an event in Abuja, the minister described himself as a “man of great compassion”, adding if he gets the number one job in the land, his government would provide free treatment in public hospitals.

Uju Ohanenye became APC’s first female presidential aspirant after she acquired the nomination and expression of interest form on Friday in Abuja.

As she picked up the subsidised N30 million form, Ohanenye said she would not be intimidated by the male aspirants, but she would withdraw from the race for any aspirant with the vision and desire to address growing poverty and insecurity in the country.

Ahmed Yerima, former Zamfara state governor, on Friday, declared his presidential bid after meeting with Buhari at the state house.

Yerima said he seeks “to fight insecurity, fight poverty and ignorance” if he gets the Aso Rock seat.

He said his experience as governor of Zamfara for eight years and his work at the senate have helped him “to understand, properly, the problems of this country”.

Dimeji Bankole, a former speaker of the House of Representatives, has also obtained the APC presidential expression of interest and nomination forms.

The former speaker obtained the forms worth N100 million through Aliyu Shinkafi, a former governor of Zamfara.

Shinkafi, on Friday, led a delegation to the International Conference Centre (ICC) in Abuja where the forms were obtained.

In 2019, Bankole contested as the governorship candidate of the Action Democratic Party (ADP) in Ogun state.