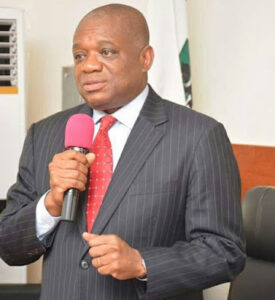 Chief Whip of the House of Senate, Senator Orji Uzor Kalu has announced decision to withdraw from the 2023 presidential race.

The Lawmaker who was an aspirant on the platform of the All Progressives Congress, APC stated this in a statement he personally signed on Monday.

He explained that his decision followed inability of the two major political parties to zone their ticket to the South East for justice and fairness.

The former governor of Abia State said he has picked ticket to run for Abia North Senatorial zone in the forthcoming 2023 general elections.

Kalu called on his supporters across the nation to the Senate President, Senator Ahmad Lawan who joined the presidential race on Monday.

The statement reads partly, “Since there is no zoning and the contest is open to all Nigerians , I officially withdraw from presidential contest in 2023. I have also picked ticket to run for Abia North Senatorial zone and to complete the good work I started in Abia North .

“I urge all my friends , allies and supporters in the APC to toe the line of justice by supporting Senator Ahmad Lawan , a North Easterner for the presidential ticket of the APC”.