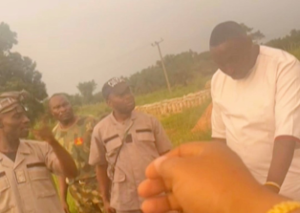 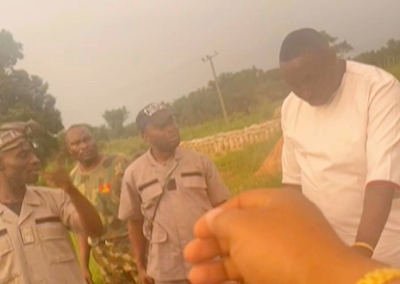 The Nigeria Customs Service (NCS) on Monday reacted to the viral video involving its personnel.

An officer was filmed as he slapped an unarmed civilian, Samson Nwachukwu.

The victim, an activist, is a Special Assistant to Delta Governor Ifeanyi Okowa and an Ombudsman with the Attorney General’s office.

The assault took place on the Benin-Agbor expressway on Saturday at about 5 pm.

A statement by Timi Bomodi, Customs Public Relations Officer, said the team from FOU Zone ‘C’ has since been withdrawn.

They are under administrative investigation at the NCS Zonal Headquarters Zone ‘C’ Port Harcourt.

Bomodi said officers are trained to carry out their duties with dignity, and respect, and are expected to display decorum in their conduct at all times.

“Where they fail to carry out their brief as assigned, appropriate sanctions are applied to enforce discipline”, he noted.

The NCS promised to bring closure to the incident and assured the public of its commitment to the welfare and safety of all citizens.