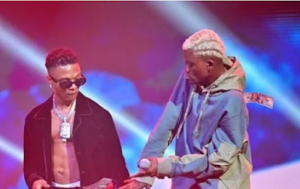 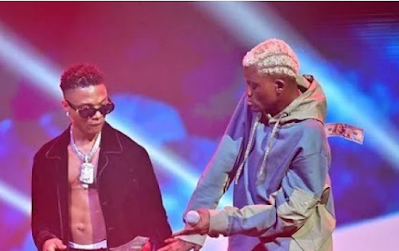 Habeeb Okikiola, the fast-rising Nigerian singer better known as Portable, has boasted that he will be bigger than Wizkid in two years.

Portable, who just had his first-ever intentional tour in the United Kingdom, took to his Twitter page on Monday to make the declaration.

He promised to achieve more success than the Grammy-winning singer by 2024.

Give me 2 years, I’ll be bigger than wizkid.

The ‘Zazoo Zeh’ crooner’s braggadocio comes a few days after he described himself as a “superstar who is very expensive”.

“Expensive OG. Don’t you know I am expensive? I’m a hero, a superstar. I’m now expensive; expensive than your cars and houses. I now have money and I do music for a living,” he had said.

“It is my money, my legit money so why won’t I show off with it? It is legit money and I’m proud to show it off. I hustle for the money.”

Portable came into the limelight towards the end of 2021 on the back of his hit track ‘Zazoo Zeh’ featuring Olamide, the rapper, and Poco Lee, the dancer.

The musician has also continued to make headlines for controversial reasons.

In December, Portable had accused Poco Lee of stealing some dollars thrown at him by Wizkid during their performance on stage.