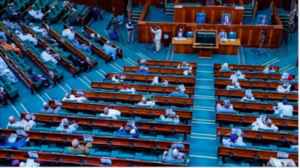 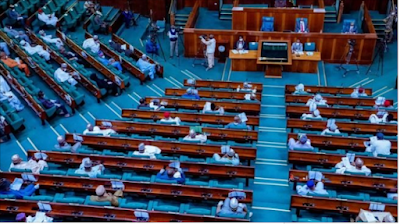 Members of the house of representatives will hold an emergency plenary on Wednesday.

According to a statement issued on Tuesday, Yahaya Danzaria, clerk of the house, said the legislators will amend “a fundamental error” in the 2022 Electoral Act.

“This is to inform all Hon Members, staff, media and the general public that the House hereby reconvenes for an emergency plenary session against tomorrow, Wednesday, 11th May, 2022 at 11:00am,” the statement reads.

“This session has become necessary especially as to amend a fundamental error in the Electoral Act.”

Danzaria added that all members of the house are expected to be present at the plenary session.

TheCable understands that the lawmakers plan to amend section 84(8) of the electoral act to allow statutory delegates to participate in the party’s convention and congresses.

Statutory delegates — also known as automatic delegates — are party members who have held public office before.

On Tuesday, the senate passed a bill seeking to enable the aforementioned delegates to vote at the congresses or conventions of political parties.

The upper legislative chamber passed the legislation for the third reading after Ovie Omo-Agege, deputy senate president and its sponsor, led a debate on it.

The deputy senate president said the error on the part of the national assembly was not “intended”.

“The issue here is narrowed and very straightforward. Section 84 subsection 8 of the electoral act does not provide for the participation of what is generally known as statutory delegates in the conventions, congresses or meetings of political parties,” he had said.