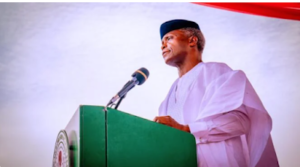 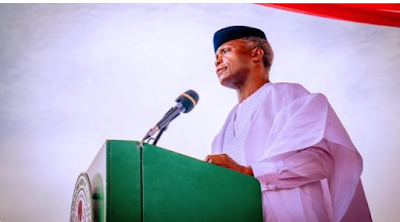 Vice President, Professor Yemi Osinbajo on Thursday declared that his aspiration was necessitated by his commitment to offer himself for service to the people and the nation.

Osinbajo said that among the presidential aspirants in the All Progressive Congress (APC), jostling to succeed President Muhammadu Buhari in 2023, he is the most experienced and prepared to be the next leader to address the myriad of challenges bedeviling the nation.

Osinbajo said this at the palace of Ewi of Ado-Ekiti, Oba Rufus Adejugbe in Ado-Ekiti, the Ekiti state capital on Thursday, in continuation of his consultation with stakeholders and APC delegates across the country ahead of the primaries.

According to him, his experience as the vice president and acting president has exposed him to the peculiarities and opportunities in the country, adding this has put him in a good stead to build on this and place the country on the pedestal of development.

He said, ” I want to say that my aspiration to be president of the country is one that is informed by first , the fact that God has given me the opportunity to offer myself for this country for the past seven years. For these years, I have served as vice president and acting president.

” I have also worked under a very open and transparent President who has given me every opportunities to understand some of the issues and challenges that affect a country of a size and diversity like Nigeria.