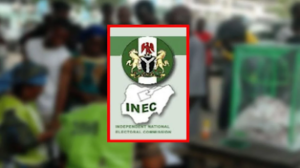 The Independent National Electoral Commission (INEC) has called on political parties and their followers to eschew violence and ensure peace as Osun State prepares for the July 16, 2022, gubernatorial election.

This was made known during the INEC organised sensitisation workshop on campaign finance reporting for State chairmen and candidates for the Osun 2022 gubernatorial election in Osogbo, on Friday.

He added that it was better for the political parties to engage in campaigns and dissemination of manifestoes.

Prof. Raji, who expressed INEC’s readiness to conduct the Osun gubernatorial poll, revealed that the electoral umpire views the workshop as part of its mandate in tracking political parties’ finances and report such to the appropriate quarters.

While explaining that the electoral process becomes easy when campaign finances are tracked, Raji stated that it would aid political parties to track their own finances and have an understanding of better conduct towards the election.

“With the knowledge gained, the political parties will apply it because it will be useful to them at the end of the day

“Apart from them making reports to us as the electoral umpire, we too will submit our own reports to the appropriate quarters,” he said.

Professor Raji also revealed that INEC had made provision for the physically challenged in the 2022 Gubernatorial and General Elections.

In his words, “We are getting them involved and polling units have been created to take into consideration accessibility for the physically challenged.

“Also, we have employed sign language experts for those who are hearing impaired.”