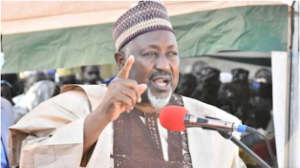 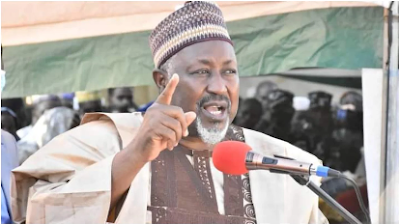 The Jigawa State Governor Muhammad Badaru Abubakar has said no government in the history of Nigeria will match the achievement of the All Progressive Congress APC.

Badaru made the assertion at the official inauguration of 36 State Chapter Coordinators of the APC Ambassadors for Good Governance held in Abuja on Tuesday.

He claimed the APC administration has achieved a lot in the last seven years under President Muhammadu Buhari but has not been given the publicity it deserved.

“The Anchor Borrowers Programme (ABP) of the Central Bank of Nigeria under the Buhari-led administration has made available billions of naira to farmers of rice, wheat, maize, cotton, cassava, poultry, soybeans and groundnut”

“Before we came to power, Nigeria’s economy was oil-dependent but today, oil contributes less than 8% of our Gross Domestic Product (GDP)”

Governor Badaru, however, urged the APC Ambassadors for Good Governance to engage grassroots to promulgate the achievements of the ruling All Progressive Congress (APC) across the 774 Local Governments in the country as the 2023 general election is fast approaching.