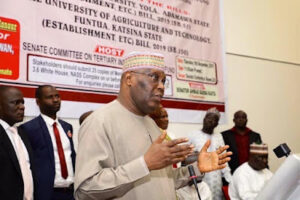 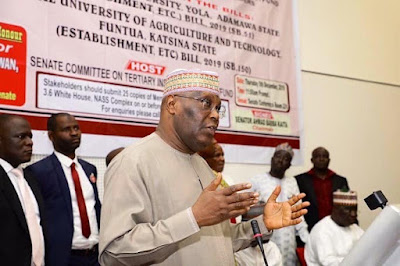 Former Vice President, Atiku Abubakar on Tuesday denied walking journalists out of his meeting with the Peoples Democratic Party delegates in Jos, Plateau State, vowing to investigate the allegations.

The presidential aspirant last week, reportedly arrived at the Jos PDP secretariat and ordered journalists out angrily, allegedly saying he had no nothing to do with them.

However, Atiku in a statement on Tuesday, by his Aide on Youth and Support Groups, Aliyu Bin Abbas, described journalists as critical stakeholders in the nation that cannot be overlooked, while assuring that he would investigate the alleged barring of media practitioners from his visits to some North Central states.

Atiku who said he was saddened by the reports that some journalists who covered his visits to the North Central states of Benue and Plateau were not granted access to him by those at the venues of both visits, claimed he was not aware of the separate incidents, allegedly done by security operatives in both states.

He said he had always been an advocate of press freedom and has promoted the media industry in Nigeria in many ways, including setting up media outfits, where thousands of journalists are gainfully employed.