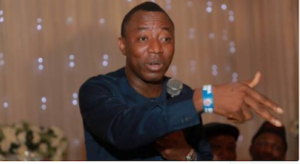 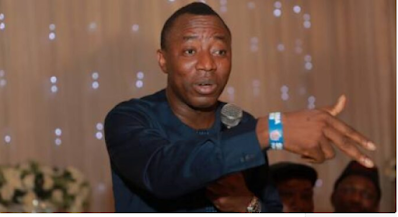 Omoyele Sowore, presidential hopeful on the platform of African Action Congress (AAC), says he declined President Muhammadu Buhari’s request to see him after he was elected into office in 2015.

Sowore spoke at the weekend when he featured as a guest on the presidential hopeful interview talk show on 90MinutesAfrica.

Responding to a question on how he and other Nigerians helped Buhari win the presidency in 2015, the activist said he did not work for his victory.

According to Sowore, he has never met Buhari and he declined his request to see him when he was elected president.

“Goodluck Jonathan mismanaged Nigeria so badly that Buhari became attractive to people who were looking for an alternative,” he said.

“Even when Buhari visited the United States after he won the election, he requested to see me but I declined. I have never met Buhari before and I don’t have any plans to meet him.”

Sowore said Nigerians must be involved in demanding a change, noting that only then will the country be better for citizens.

“I understand that Nigerians are slow with taking in new ideas, but we have to be consistent and persistent in telling them about the need for this revolution. We can’t afford to sit down and expect things to work out themselves,” he said.

In March, Omoyele declared his intention to run for president in 2023.

In April, a court of appeal in Abuja voided a ruling restricting his movement to the federal capital territory (FCT).

Ijeoma Ojukwu, judge of the federal high court, had in October 2019, granted bail to Sowore but asked him not to address any rally or public gathering and not to leave the FCT.

Sowore was arraigned in September 2019 on a seven-count charge of treasonable felony filed against him by the federal government.

But the case has been stalled owing to the reluctance of the government to proceed with it.