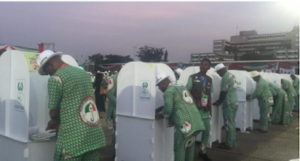 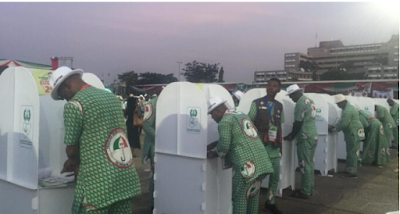 Samuel Anyanwu, national secretary of the Peoples Democratic Party (PDP), has accused Donatus Okorowo, a judge of being biased in a suit seeking to stop the party’s presidential primary.

The exercise is scheduled to take place on May 28.

He asked the court to stop the PDP presidential primary election because the party did not zone its ticket to the south-east.

Rather than grant the application to halt the planned primary, the judge ordered that the PDP should appear before it on May 5 and show cause why the court should not accede to the plaintiff’s demand.

On May 10, the judge ordered abridgement of time for parties in the suit to file and exchange processes.

He also ordered substituted service of court processes on Anyanwu, after his counsel, Kalu Agu, refused to accept service in open court.

Agu had submitted that it would not be in the interest of justice for the court to abridge time when his client was yet to be served with the suit.

On May 18, the court ordered the defendants to respond orally to the affidavit of an applicant seeking to be joined in the suit — an order which did not please the third defendant.

Consequently, in a letter addressed to John Tsoho, chief judge of the federal high court, Agu asked that the matter be transferred to another judge for hearing.

He said the request was based on “manifest bias or grave likelihood of bias leading to a breach of fair hearing”.

In the court proceeding on Thursday, he prayed the judge to return the case file to the chief judge or stay proceedings pending a response.

Paul Erokoro, the plaintiff’s counsel, opposed the application, describing it as an abuse of court process.

In his ruling, the judge refused to halt the case and fixed May 25 for a hearing.

Meanwhile, Mohammed Hayatu-Deen, a former managing director of the now-defunct FSB International Bank and presidential hopeful, has been joined as a defendant in the suit.