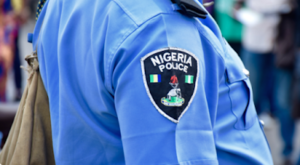 The federal capital territory (FCT) police command has refuted reports of the abduction of residents of an estate in Abuja.

There have been reports that bandits abducted some residents of Genuine estate in Gwarimpa.

The bandits were said to have invaded the estate in large numbers between 1am and 4am, and were armed with bows, arrows, and machetes.

They reportedly abducted an unknown number of residents.

Josephine Adeh, FCT police spokeswoman, however, said that there was no incident at the Gwarimpa estate.

“Nothing happened in the Gwarinpa estate. The only incident that occurred was a burglary at Queens Efab Estate, Galadima at around 3am,” she said.

“The police received the distress call and responded to it. No one was kidnapped. All the laptops, phones and gadgets that were stolen have been recovered by the police. There was no attack or kidnap at the Gwarimpa estate.”

The church was attacked during service on Sunday.

The gunmen were said to have detonated explosives before firing at the congregants.

Many worshippers were killed in the attack, including children and women.

President Muhammadu Buhari, in a statement by Femi Adesina, his spokesperson, said only demons from the underworld would have conceived and carried out the attack.

Buhari condoled with the families of the deceased, the Ondo state government and the Catholic community.

“No matter what, this country shall never give in to evil and wicked people, and darkness will never overcome light. Nigeria will eventually win,” the statement reads.