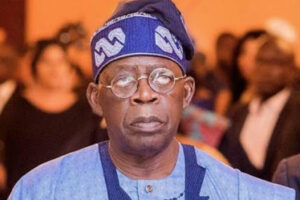 The All Progressives Congress APC presidential candidates have been speaking to delegates at the presidential primary on what to look out for before voting for anyone.

Bola Ahmed Tinubu promised to hit the ground running from day one, if elected.

Tinubu said this during his remark at the ongoing special convention when he was given the stage to address delegates.

He pleaded with delegates to vote for him because he is couragous, competent and experienced to pilot the affairs of Nigeria

The former Lagos State governor reiterated his intention to replicate his achievements in Lagos on a national scale.

He also promised to “fight terrorism and insecurity to the very end and erase terror from our land.”

Tinubu added that the candidate to emerge must have the experience, leadership and diverse contacts to steer the ship of state through this challenging period in a dynamic world.

“The other candidates are good but I sincerely believe that I am the person that this moment calls for”, he declared, saying he is unique among all other aspirants because of his practical experience managing a complex state like Lagos and changing its fortunes. I am competent, capable and courageous to handle affairs of the nation”, he added.