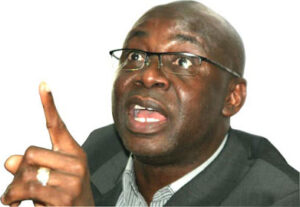 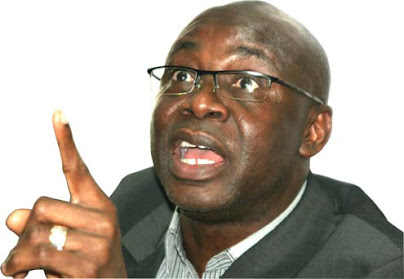 The overseer of the Citadel Global Community Church, Tunde Bakare, says he wears his “zero votes” with confidence after he lost in the All Progressives Congress (APC) presidential primaries.

In a press conference on Sunday, Mr Bakare, who got zero votes in the primaries, said this symbolises his “zero tolerance” for a kind of politics.

“For us, the means has always been as important as the end. This is why we confidently wear our “zero votes” as a badge of “zero tolerance for a certain kind of politics,” he said.

In his address titled “A new Nigeria is still possible”, Mr Bakare said he remained committed to a new Nigeria, just as he congratulated the party’s presidential flag bearer Bola Tinubu.

“His emergence as the flag bearer and presidential candidate of the APC is a testament to his significant contributions to the course of the South-West as well as his labour towards the formation and establishment of the APC as I have said in times past,” the cleric said.

Mr Bakare said that since the conclusion of the APC primaries in Abuja, he had received “an almost endless stream of visitors” and shared various impressions but has yet to make any official public statements.

He said that he remained convinced now more than ever that the quest to serve Nigeria had been a worthy adventure for a worthy cause.

The cleric thanked his supporters for their unalloyed support despite the challenges leading up to the primaries.

“Our heads remain unbowed because we did not compromise on the values that are integral to building a New Nigeria,” he added.

“It is my earnest prayer that the good Lord will bless Nigeria with leaders not in love with money but love with justice.”

According to the cleric, Nigeria has a seat at the table of nationhood, especially an ideal Nigeria where peace and justice reign.

Mr Bakare prayed for those who had suffered with him and followed him before, current and future, that they would not lose their reward but live to enjoy good governance in the new Nigeria.