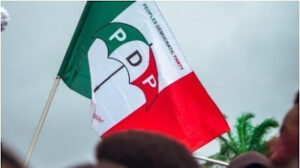 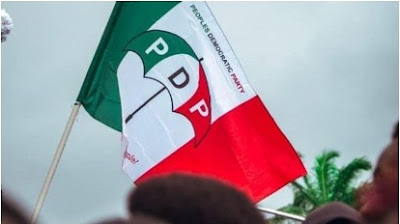 A statement at the weekend by Debo Ologunagba, the PDP National Publicity Secretary said APC presidential candidate, Bola Tinubu was afraid of the popularity of PDP flagbearer, Atiku Abubakar.

The spokesman said the ruling party was particularly “preventing people of the South-East” from collecting their Permanent Voter’s Cards (PVC).

He alleged that it was part of APC’s “desperate design to use violence to sabotage credible elections in 2023 having realized that Nigerians have rejected Asiwaju Tinubu”.

The PDP said Tinubu “has been in morbid fear of the soaring popularity of Atiku Abubakar” and was trying to stop more Nigerians from obtaining their PVCs.

Ologunagba noted that the ruling government pretends to have the support of the people but has been “chasing away prospective voters”.

The APC, he insisted, is suffering from “Pre-Election Fever Syndrome” in trepidation that it cannot win in a transparent process.

The party recalled how vocal APC supporters, in previous elections, threatened to throw the Igbos into the Lagoon if they voted for any other platform.

“Violence was unleashed on Nigerians in the Isolo axis of Lagos in the 2019 general elections, where the APC, discovered that it had been rejected at the polls,’ he said.

The PDP told Tinubu and the APC that they cannot suppress Nigerians ready to “take back their country from the stranglehold of the corrupt, incompetent, inhumane and rudderless APC”.

The statement cautioned the former Lagos Governor and his party to “thread carefully and reign in their thugs, hoodlums and terrorists as they will be firmly resisted by Nigerians”.