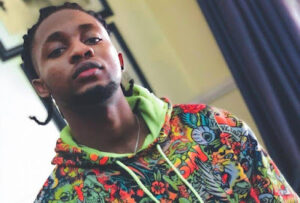 In a question-and-answer session on Instagram, Omah Lay, who just rounded off his tour with Justin Beiber, confirmed that Burna Boy was featured on the project.

“Is Burna on da album?” a fan had asked, to which the ‘Bad Influence’ crooner responded in pidgin: “E dey but I go remove am.”

Following the album’s announcement on June 1, the singer has been teasing fans with the artistes featured on the new release, set to drop on June 24.

Although Omah Lay did not give further details why he would remove the self-proclaimed ‘African Giant’ from the recording, but the development followed Burna Boy’s shooting scandal.

Last week, policemen attached to the “Ye” crooner shot fun seekers at Cubana nightclub in Lagos after he made a pass at a married woman who was with her husband, identified as Lawrence Irebami. He was heavily drunk and acted irresponsibly when he attacked the newlyweds, police report said.

The husband had resisted the singer’s attempt to humiliate him, leading to chaos.

Burna Boy reportedly cheered as his police guards assailed the husband and fired shots into the air. Subsequent shots hit the husband and one of his friends, reports said.

The singer later fled the scene.