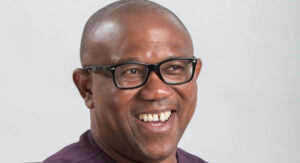 Presidential candidate of Labour Party, Peter Obi has said that he has not reacted to a Christian cleric, Fr. Ejike Mbaka’s criticisms against him.
Obi disclosed through his Media Adviser, Mr. Valentine Obienyem on Thursday saying the former Anambra Governor would not reply the clergyman any time soon.
“Our attention have been drawn to a statement credited to Mr. Peter Obi as his reply to Fr. Ejike Mbaka. We wish to state for the record that Mr. Peter Obi did not and is not planning to issue any reply.
“We advise that any medium trying to publish such an unsigned letter should clarify its authenticity from Mr. Obi’s Media Office” Obienyem said.
Mbaka had labeled Obi a stingy man saying he would bring to the land. He also said Obi has angered the Holy Spirit and would not be President.
“A stingy man, that cannot give people his money, with this hunger ravaging the land, and you are saying he is the one you want. You want to die of hunger? Are you people insane? Where is the Holy Spirit?
“It is now that Atiku is seriously contesting for President; now that he is contesting without Peter Obi; it is now that he is serious.
“We want somebody that is serious. Unless Peter comes here to kneel, if he becomes president, he will close down this ministry. What we are doing is spiritual,” Mbaka said.
“Peter Obi has a mouthful, he has nowhere to go unless he kneels down on the Adoration altar.”
Mbaka claimed that he helped Obi return to the governorship seat in Anambra State, “but he did not come to thank God”.
“Who doesn’t spend his money eating what you want to support? Do you want people to starve? If he becomes president, he will close our ministry. If Igbo people are looking for a representative in Nigeria, not the kind of person Peter Obi is.
“Whoever refuses to donate to the church should be the president?”