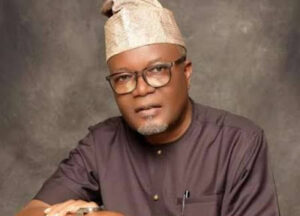 Peoples Democratic Party (PDP) governorship candidate in Ekiti, Bisi Kolawole has thanked the people for their peaceful conduct during the election.

Kolawole, in a statement on Sunday, commended PDP members and supporters.

“According to the scripture, the race is neither for the swift nor the battle for the strong”, he wrote.

Kolawole said the party tried its best and even though it lost, “we give all glory to God and wish Ekiti people well”.

However, he was silent on the victory of the All Progressives Congress (APC) and its candidate, Biodun Oyebanji.

Oyebanji, a former Secretary to the State Government (SSG), won with 187,057 votes.