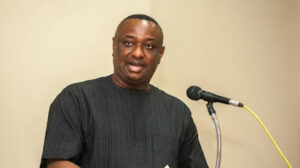 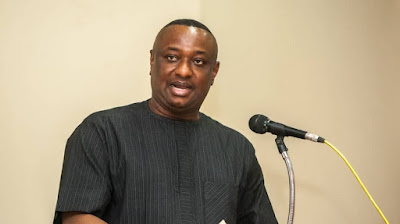 Festus Keyamo, minister of state for labour and employment, says the All Progressives Congress (APC) has “great work ahead” to retain power in 2023.

The minister gave the charge on the heels of the party’s victory in the just-concluded Ekiti governorship election.

In the early hours of Sunday, Biodun Oyebanji, APC candidate, was announced as the winner of the governorship election. He won 15 out of the 16 LGAs in the state.

He secured 187,057 votes, defeating his two closest challengers — Segun Oni of the Social Democratic Party (SDP) who polled 82,211 votes, and Bisi Kolawole of the Peoples Democratic Party (PDP) who got 67,457 votes.

Reacting to the victory in a tweet on his verified Twitter handle, Keyamo congratulated the candidate, but warned that “there should be no complacency” if the party is to win upcoming elections — Osun governorship in July, and the general elections in 2023.

“Whilst this buoys our spirits in APC, and I congratulate our own Biodun Oyebanji on this momentous feat, we must keep our feet firmly on the ground as there’s greater work ahead to win the Osun Governorship election & the 2023 Presidential elections. There should be no complacency,” he wrote.