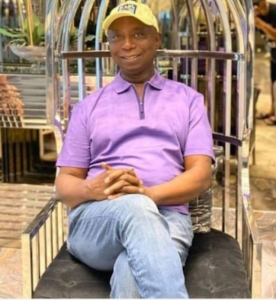 Nigerian billionaire, Ned Nwoko, has said the Igbos are very selfish people and not ready for 2023 presidency.

According to him, although the Igbos have been clamoring for the presidential seat, votes from delegates during primaries proved otherwise.

He noted that Igbos were very selfish and would rather think of themselves than others, the reason he believes most delegates chose other candidates from other tribes not Igbos.

Speaking with BBC Igbo, Nwoko said, “Igbos are not ready for the presidency . It is not just enough to talk about it, we are not ready and I’m talking about the political class and the voters. If the people are ready for Igbo presidency that would have been shown by the result from delegates.

“Very few delegates from the East supported Igbo candidates, they supported somebody else for other reasons. Ask Imo delegates why they chose another person as opposed to Umahi.

“Igbos are largely very selfish, the typical Igbo man is thinking about himself and not the well-being of others. If they were, they would stick with an Igbo person. I think the best person from Nigeria should come from anywhere. I’ve never subscribed to zoning and believe in merit.”

Nwoko, however, concluded saying that he’s not keen on zoning, adding that “it’s the least of our problems in Nigeria.”