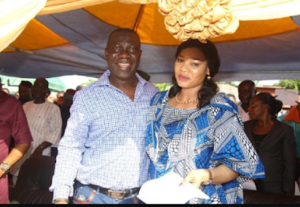 Senator Ike Ekweremadu and his wife Beatrice have denied all charges of human trafficking and organ harvesting filed against them before a UK magistrate’s court.

The couple said they did not procure a minor in order to abduct and harvest his organ, contradicting the charges filed by the Metropolitan Police at Uxbridge Magistrate’s Court, London, on Thursday afternoon.

The charges were “nothing short of preposterous,” the Ekweremadus said through their lawyer Gavin Irwin, who added that the couple never “arranged transport for anyone with intention to exploit them.”

Despite strongly denying the allegations, the Ekweremadus were remanded in custody until commencement of trial on July 7.

Mr Ekweremadu has been a member of the Nigerian Senate since 2003. He was the Deputy Senate President between 2015 and 2019. He sought but failed to clinch the PDP ticket for governorship race in his home Enugu State.

Mr Ekweremadu’s records “taken together go way beyond him being a person of good character…rather that he has led a blameless life as a public servant,” his lawyers added.

Antonia Gray, a lawyer to Mrs Ekweremadu, said: “She has never been complicit or involved in any alleged illegal trafficking of any young person.”

“She is a financial accountant with an unblemished record,” the lawyer added.

NigerianEye had published a letter which Mr Ekweremadu wrote to the UK High Commission seeking to procure a visa for someone named David Ukpo.

The December 28, 2021, letter signed personally by Mr Ekweremadu specifically said he was supporting Mr Ukpo’s visa application because he wanted him to undergo medical examinations in the UK with the purpose of donating a kidney to his daughter Sonia Ekweremadu.