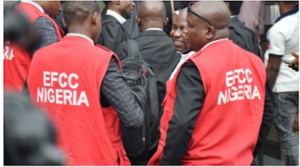 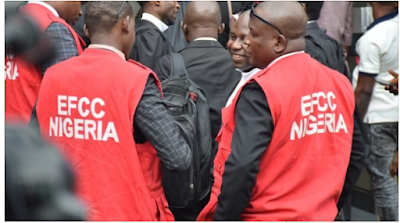 At the resumed hearing, the Economic and Financial Crimes Commission, EFFC presented its investigator who made the oral presentation to the Court.

The EFCC investigator and witness, who disclosed his name as Ibrahim Musa during cross-examination, revealed that he had been redeployed from the EFCC to the Force Headquarters but that he investigated Senator Sani at the time.

When asked to explain the outcome of his report by the Defence Counsel, Ibrahim, SAN, said he took over the investigation of the bribery allegation on the directive of the erstwhile Chairman of the EFCC, Ibrahim Magu.

“The EFCC Chairman, Ibrahim Magu referred the matter to me for investigation.

“He ordered that I should investigate the $25,000 bribery allegation by the proprietor of ASD Motors, Alhaji Sani Dauda.

Upon further cross-examination of his claims by the Defence Counsel, A.A. Ibrahim (SAN), he told the court that he saw the cash.

While reacting to questions whether the said money was the alleged bribe by Senator Sani, he said: “Well I do not know, my Lord.”

Shehu Sani’s lawyer asked, “In the course of your investigation, can you tell this Honourable Court that Shehu Sani gave a bribe to anyone for anything and was there any witness if he actually gave a bribe?”

“I can’t confirm the money was a bribe from Senator Shehu Sani and I cannot manufacture a witness.”

He further confirmed that the cash of $25,000 was given to him by ASD Motors proprietor for purposes of investigation.

The presiding Judge, Justice Inyang Ekwo asked, if he has a copy of the report to tender, the investigator said, he wasn’t with a report having not been told to do so by the EFCC Counsel or the Court.

Meanwhile, the EFCC lead Counsel, Abba Mohammed declined comments after the case was adjourned to 15th 16th and 17th of November 2022.