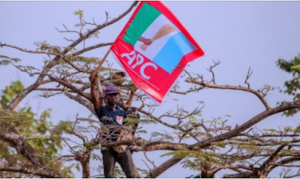 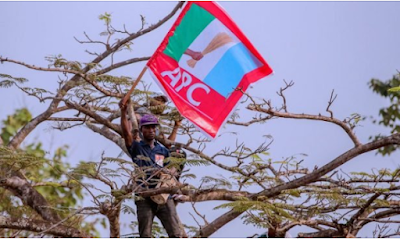 There is no governorship candidate for the All Progressives Congress (APC) in Akwa Ibom state in the list published by the Independent National Electoral Commission (INEC).

According to PremiumTimes, the space meant for APC’s governorship candidate was blank in the list pasted at the INEC headquarters in Uyo, Akwa Ibom, over the weekend.

While this implies that APC may not participate in the 2023 governorship election in Akwa Ibom, the recent development was not completely unexpected.

Akan Udofia, who recently defected to the APC from the Peoples Democratic Party (PDP), was announced as the party’s governorship candidate on May 27 — but INEC had maintained that its officials didn’t monitor the primary.

According to the electoral act, a party primary is null and void if it is not monitored by INEC officials.

Mike Igini, resident electoral commissioner (REC) for Akwa Ibom, in a report dated May 27, 2022, and submitted to the commission on the conduct of primaries in the state, said the party’s primary did not hold.

“We wish to report that the APC governorship primary scheduled to hold on Thursday, May 26, 2022, at the Sheergrace Arena, Nsikak Eduok Avenue, Uyo, did not hold because the APC primary election committee did not come to the venue and did not hold the primary in any other venue monitored by the commission,” the report reads.

“The Resident Electoral Commissioner, the Commissioner of Police and the State INEC Monitoring Committee were present at the venue for the duration earlier stated, but left at about 10:30pm after the Chairman of the Primary Election Committee notified the REC on phone that they would not come to the venue.”

According to the report, despite the “multitude of delegates” present at the Sheergrace Arena, the APC election committee said they would not conduct the exercise there.

Igini had also said that the commission was later informed of another primary which held at a different venue, but added that INEC officials didn’t monitor the exercise.

“It is not INEC that conducts party primaries. We only monitor. It is the APC that said they could not do the primary, so we said okay,” he said.

“By the time we woke up in the morning, they said at some location, they have done governorship primary. We are not aware of it; we didn’t monitor it.”

However, the Akwa Ibom REC’s report has been followed by criticism, with APC members in the state insisting that the governorship primary held.

Eseme Eyiboh, a House of Representatives candidate in the state, had spoken recently on the circumstances around the governorship primary, adding that the party should mot be punished for INEC’s absence.

Meanwhile, efforts to reach INEC on the exclusion of the APC candidate were unsuccessful at the time of this report.