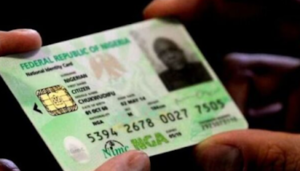 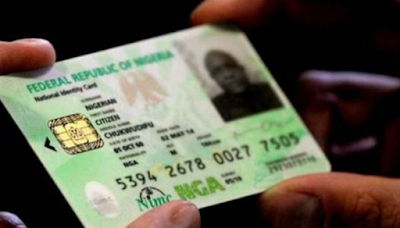 The motion was passed on Wednesday during plenary, following the adoption of a motion of urgent public importance sponsored by Fredrick Agbedi, a legislator from Bayelsa state.

The NIN is a set of 11 unintelligible numbers randomly assigned to an individual after enrolment into the national identity database (NIDB).

According to section 27(1) and (2) of the NIMC Act, 2007, some of the transactions that involve using the NIN are: Application for and issuance of an international passport; opening of individual and/or group bank accounts, all consumer credits; purchase of insurance policies, purchase, transfer and registration of land by any individual; National Health Insurance Scheme, and such transactions that have social security implications, registration of voters, payment of taxes, and pensions.

The current design of the national identity card, which was unveiled in 2014, does not carry the NIN, hence a USSD code must be dialled to obtain the number for a fee.

Also, the number printed on the e-ID card isn’t the NIN but the “primary account number used for accessing the card’s payment feature once it is activated”.

Leading the debate on the motion, Agbedi said citizens are facing “untold hardship” in the process of retrieving their NIN.

“The NIN is used by governments of many countries as a means of tracking their citizens permanent and temporary residency for the purposes of work and so on,” he said.

“The NIN, which matches with your biometrics, is said to be used for virtually all transactions in Nigeria requiring identity verification.

“Recently, the commission started issuing the digital ID cards which display only the name, age and nationality of the older ID card without displaying the NIN.

“The commission failed to include the NIN to the ID card, and it has brought untold hardship to the citizens, who in a bid to retrieve their NIN via shortcodes provided by telecommunications providers, pay for services.”

The motion was unanimously adopted when it was put to a voice vote by Idris Wase, the presiding officer.

Following that, the committee on interior was mandated to ensure compliance.