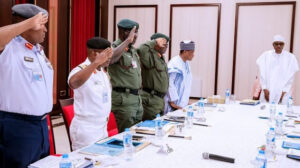 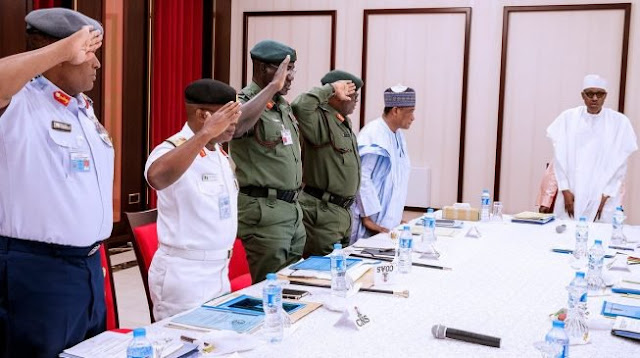 President Muhammadu Buhari has summoned his service chiefs for an emergency meeting on Thursday (Tomorrow).

This comes barely 48 hours after the Presidential Brigade Guards came under attack by terrorists.

Buhari’s Senior Special Assistant on Media and Publicity, Femi Adesina, confirmed the meeting on Wednesday during an interview on Channels Television’s Politics Today.

“Tomorrow the President has summoned another security meeting with the heads of the security agencies,” Adesina said.

NigerianEye recalls  that senators from opposition parties issued Buhari a six-week ultimatum to tackle the security challenges bedeviling the country.

The minority leader, Senator Philip Aduda, flanked by other lawmakers at a press briefing today, demanded that Buhari resolves terrorist attacks in the country or be impeached.