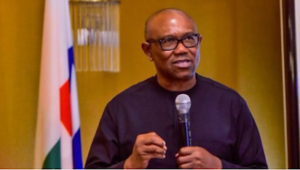 In a series of tweets on Thursday, Obi said it is a “misuse” of taxpayers’ money for the government to sponsor public officials to foreign universities while the Academic Staff Union of Universities (ASUU) is on strike.

Also, Femi Gbajabiamila, speaker of the house of representatives, was recently criticised by Nigerians for a recent post in which he shared pictures of him taking a course at Harvard University.

According to Obi, if government employees must be sponsored for studies with public funds, such training must take place in Nigeria.

“Our public universities have been shut since 14 February, some five months and counting. Our students and future leaders are idling away at homes or in some undesirable places, while our government is spending millions in foreign currency, supposedly training public office holders in Ivy League universities across the world,” he wrote.

“Such misplaced priorities and government misuse of public funds is no longer acceptable, while the future of our youths are being neglected.

“Through such policy neglect, we are unwittingly breeding some societal misfits who will someday embark on vendettas & take revenge on our society.

“As a matter as adaptive leadership, such trainings being sponsored with public funds should stop forthwith, until all our schools start functioning optimally.

“Meanwhile, such trainings if need be, must be mandated to happen only within Nigeria.”

Our public universities have been shut since 14 February, some five months and counting. pic.twitter.com/riz57R9GP1