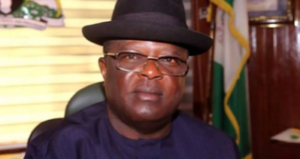 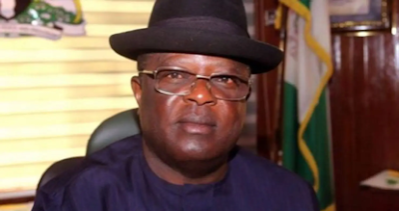 It was reported that APC had slated 31st July 2022 as the new date for the conduct of the Ebonyi South senatorial primary election.

The party had announced the sale of forms and possible screening of the Ebonyi South senatorial aspirants to take place at the party secretariat located at the Akanu-Ibaim International Conference Centre, Abakaliki, the state capital.

Investigation revealed that the conduct of the said fresh APC primary election for the zone followed the ruling of the Federal High Court judge, Justice Fatun Riman, who ordered that a fresh primary election be conducted to pave way for new contestants to participate in the election.

But, Umahi’s rival, Mrs. Ann Agom-Eze, had in suit NO. CA/F/190M/2022, petitioned the Appeal Court sitting in Enugu State to prevail on Justice Riman from granting an ex-parte order that would allow the conduct of a fresh APC primary election in Ebonyi South, especially as the matter is currently pending at the Court of Appeal.

She said: “Considering Governor Umahi’s desperation to arm twist me and appropriate my senatorial ticket, I do not doubt his capacity to influence the Court and or browbeat the Judge into making an Order that will not only amount to an abuse of judicial process but also make a mockery of proceedings at the Court of Appeal”.

But, Riman, had in charge No. FHC/AI/CS/132/2022, despite the petition of Mrs. Agom-Eze to the Appeal Court, granted an ex-parte order, mandating the Independent National Electoral Commission, INEC, who is the 1st respondent to attend, observe and accept the outcome of the APC congress or primary election.