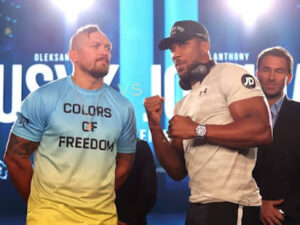 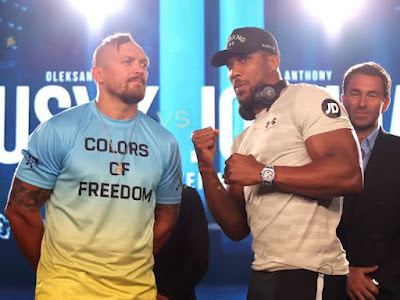 Former unified heavyweight champion, Andy Ruiz Jr, has backed Anthony Joshua to adjust against Oleksandr Usyk when the two meet in a title rematch on August 20 in Saudi Arabia.

Ruiz famously handed Joshua his first career defeat in 2019, creating history as he became the first Mexican to become the world heavyweight champion. Joshua later won the rematch and reclaimed his titles.

Ruiz, who has admitted that he did not prepare as he should have for his rematch against Joshua, believes Usyk will fare better than he did, but has tipped Joshua to adjust accordingly.

“If Usyk doesn’t do the same thing I did (he can win), I’m sure he won’t because he’s been on top of the game in cruiserweight and undisputed in cruiserweight,” Ruiz told @idboxingnews.

“I think it could go either way. I know Anthony Joshua has a new trainer in Robert Garcia, he’s over there trying to show him the Mexican style to be aggressive, throw a lot of punches, to be first, to come at him.

“But Usyk is an awkward fighter, he’s an awkward lefty fighter, it’s why we picked a lefty as well in case we have to go through Usyk.”

The Ukrainian beat Joshua on points last September and will stand where Ruiz did back in 2019 when the American travelled to Saudi Arabia to defend the world titles he had stripped from Joshua earlier in the year.

On that occasion, Joshua returned with refined tactics to assert his authority against Ruiz. He faces a similar task this time around of correcting a mistake in tactics when he had his first meeting with Usyk.