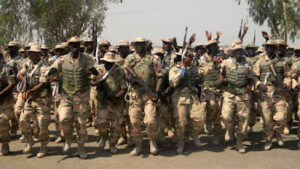 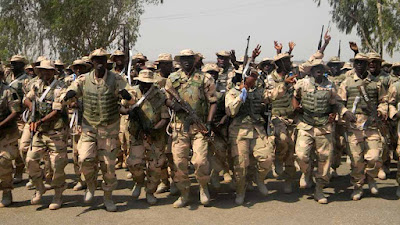 Monguno said this on Thursday while speaking to state house correspondents after a meeting of the security council in Abuja.

On July 24, troops of the presidential guard troops ran into an ambush by gunmen in the federal capital territory (FCT), but the army had said three casualties were recorded.

Speaking on the development, Monguno implied that a significant number of officers were killed — although he didn’t give any specific figure.

He, however, said there is a need for the general public to support the efforts of security agencies through the provision of reliable information.

“A few days ago, troops of the guards brigade were ambushed and decimated. Had there been collective effort by way of just snippets of information, we might have averted that incident,” he said.

“Council is also concerned about the nature of media reporting incidents with regards to insecurity. It is important for the media to understand that certain reports being generated by the media, either the way or the manner in which they report, can also aggravate the delicate situation,” he said.

“So, council is urging the media to be very careful in whatever it reports. Whatever gets out to the public space can have a debilitating effect on the population.

“Whatever goes out may be harmful, not just to the government — if that is the intention, which I doubt may not be a deliberate thing — but at the end of the day, it will affect the wider society.

“We are in a very difficult situation. Council understands; Mr. President understands people’s concerns about the growing insecurity. But I can assure you that there’s no straight cut-and-dry method of dealing with this thing unless all of us embrace each other.”

Monguno said security agencies are also working on a new strategy to tackle insecurity, adding that “they have given their word and their commitment to the president that there will be a change in momentum, regardless of the fact that there might be certain institutional limitations which they face”.

“They have understood the enormity of the responsibilities that they have,” he added.