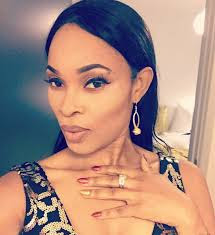 Georgina Onuoha has tackled Yul Edochie over his comment about the actresses named in the alleged sex scandal involving Apostle Johnson Suleman, the clergyman.

Over the last few years, Suleman has been enmeshed in the labyrinth of sex scandals involving public figures.

Fresh allegations recently emerged after a blog claimed the cleric had affairs with some of Nollywood’s finest actresses including Georgina Onuoha, Queen Nwokoye, Shan George, and Vivian Metchie.

George and Halima Abubakar, another actress, recently engaged each other in a war of words over the alleged affair.

Joining the fray, Edochie had argued that those listed in the Suleman saga should be made to face social media backlash.

She also made reference to Edochie’s extra-marital affair which had resulted in polygamy and heated backlash.

“Hello, Yul @yuledochie Are you talking to me or about me? I will appreciate it if you address me directly and stop cutting corners. I called you out by your name. Darling, are you scared to name me?” Onuoha asked.

“Poor you. Let me say it again. You were still a child when I made fame and will remain a child as I build an empire.

“I will spare you tonight out of respect for your father I adore, for your legitimate wife and grown kids and elder brothers. I will spare them the shame of your uncouth and unscrupulous behavior.

“@yuledochie unlike you, some of us named by a faceless coward hiding behind keyboards and slandering people; are decent people.”

Onuoha also described Edochie as a “stray dog” who committed “adultery” and fathered “a child out of wedlock”.

“We are not stray dogs like you who couldn’t zip up his panties committing adultery and fathering a child out of wedlock,” she said.

“What a shame, @yuledochi. I never called you out about whatsoever a faceless blogger claiming to be king of fools wrote about you. Neither were you called out by anyone because you committed adultery.

“[You] fathered a child in the process and married your mistress in hiding without shame. No, it is within your right to flaunt your little third leg as you wish. You owned up to your adultery and tried to justify it.”