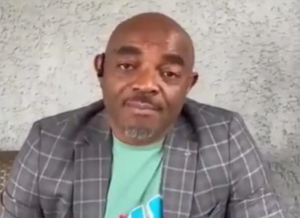 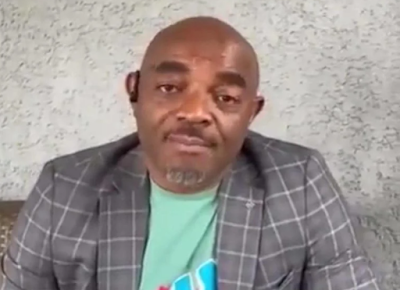 Emeka Rollas says the abductors of Cynthia Okereke and Clemson Cornel mocked the Actors Guild of Nigeria (AGN) when he told them they had raised about N1.2 million in ransom payment.

The AGN president put out a video where he gave updates on the missing actors.

Rollas said the kidnappers also made fun of the guild while requesting celebrities who shared the incident on Instagram to also make their own contributions. 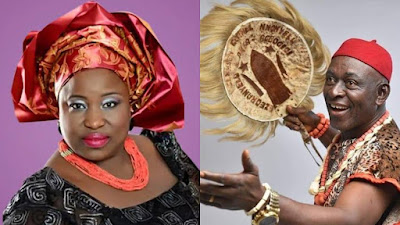 Their family members confirmed that they had yet to return from the movie set they went to at Ozalla Town in Enugu state.

The Enugu police subsequently launched an investigation into the matter and recovered a vehicle belonging to Okereke from where it was said to have been abandoned on the highway.

Some individuals who turned out to be the abductors of the missing actors established contact with their families to demand $100,000 in ransom payment.

In the video, Rollas also disclosed that the situation in the case remains the same.

He said efforts are still in progress to raise more funds and secure the release of the abducted.

“The situation still remains the same. Yesterday while talking to the abductors, we tried to explain to them that we were putting some funds together and contributing. We told them we had about N1.2 million,” he said.

“They started laughing at us and mocking us. They said all those celebrities posting us on Instagram, why haven’t they contributed? It immediately got to me that these people are watching us.

“It’s not the best time for us to begin to circulate this information on Instagram. We have dedicated an account, the AGN Enugu account number, for us to make the contributions. I urge us to see to it that we contribute.

“We do not know who will be in this kind of situation again and we pray that none will. I thank you all for the calls and all the advice.”

Kidnappers Of Nollywood Actors, Clemson Cornel/Cynthia Okereke Mocked Us For Raising Only N1.2M To Secure Their Release~ National President Of The Actors Guid Of Nigeria (AGN)~Emeka Rollas.
Abductors Demanded 100M Each.

They Are Only Good In Show Up But Can’t Help Colleagues.😭 pic.twitter.com/ztKLSshnIG