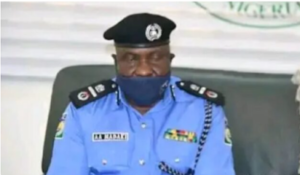 Audu Madaki, an assistant inspector-general of police (AIG), has been reportedly shot by gunmen.

Madaki is the AIG in charge of zone 12 police command.

He was said to have been attacked by the assailants on Tuesday at Barde Zangidi along Kaduna-Abuja road.

Although details of the attack are still hazy, he was said to have been shot in the leg while his orderly was killed.

When contacted Thomas Goni, zone 12 police spokesperson, said he is yet to receive details of the attack.

“We are still waiting for the details of the incident,” he said.

“You know it did not happen within our jurisdiction here; it happened in Kaduna command so I have been on the line with Kaduna to get the details from them.

While confirming that the AIG is alive, Goni said information about the incident will be made available when details are received from the Kaduna command.

Mohammed Jalige, Kaduna police spokesperson, did not respond to calls and text messages to comment on the attack.

In recent years, Kaduna-Abuja highway has become a hotbed for gunmen who raid vehicles, abduct and kill travellers.

The development comes on the heels of spiraling insecurity in the country.

Senators had given President Muhammadu Buhari six weeks to address the security challenges in the country or risk impeachment.