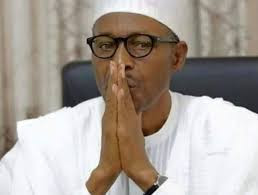 Amid biting inflation and rising hunger in the country, some personnel of the Nigerian Army, Navy, and Air Force, on Tuesday night, complained about the delay by the federal government in paying their July salaries.

The Abuja-based soldiers who spoke to our correspondent on the condition of anonymity said they and their colleagues are unhappy with the Muhammadu Buhari led Government and Service Chiefs for refusing to pay them their July 2022 salaries, especially because they’ve worked extraordinarily since the Kuje prison break and most recent attacks by non-state actors across the country, especially in the capital city, Abuja.

One of the soldiers said, “This is becoming a norm. It was the same way the federal government delayed the payment of our April salary this year, and now they’re repeating the same. We don’t understand why President Buhari and the military chiefs have refused to pay our salaries as and when due.”

Another soldier said, “We’re tired, but it is quite unfortunate that we can’t complain. We’re being oppressed and cheated, yet there’s no avenue for us to share our grievances. This is getting too much, and I am fed up. I might just resign from the Army if this is how the government would continue to treat us despite sacrificing our time and energy and putting our lives on the stake for this country.

A third soldier, a female personnel with the Nigerian Navy, said, “I wonder how the government wants us to be energetic and go about our duty with rigour despite delaying our salaries. It is really sad that only Nigerian soldiers suffer such humiliation from their government anywhere across the world. What does it take to pay people that are putting their lives at risk to protect a country with over 200 million people?”.

However, when our correspondent reached out to the Nigerian Army’s spokesperson, Brig. Gen. Onyema Nwachukwu, he noted that some officers have been paid today, Wednesday, August 3, 2022, adding that personnel that are yet to be paid should exercise patient as payment of salaries is ongoing.

Onyema said, “There was a little delay in the payment. However, salaries are now being paid. Many personnel, including myself, have received their salaries today.

“I use this opportunity to appeal to those whose banks are yet to pay them to be a little patient as the payment is ongoing”.

Naval spokesperson, Adedotun Ayo-Vaughan, who spoke to our correspondent via WhatsApp, simply noted that Naval officers had been paid today.

Ayo-Vhaugan said, “I have been paid. The Navy has been paid. The payment was disbursed yesterday, but the receipts of alerts vary with each bank. I, however, got mine this morning.”

Efforts to reach the Air Force spokespersons, Air Comm. Edward Gabkwet, proved futile as of the time of filing this report. When contacted, he refused to comment on the issue.