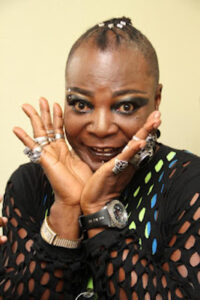 Charles Oputa, the Nigerian musician and activist better known as Charly Boy, has clarified a recent post wherein he hinted that his marriage was in crisis.

On Tuesday, the ace singer took to his Twitter account to insinuate that he “is tired” of his marriage.

The post, however, sparked assumptions that he is about to end his over 45-year -old marriage to Diane, his wife.

Reacting to the speculations in a follow-up social media post, Charly Boy said “my marriage is intact.”

He also said he was just trying to explain that marriage is not always rosy as many people assume.

Abegi ooooo.
I just dey talk to many pple wey think say marriage shouldn’t feel like work. Or if it feels like work, we are doing it wrong. Lie. pic.twitter.com/huuFlTvyZG

“I just dey talk to many people wey think say marriage shouldn’t feel like work. Or if it feels like work, we are doing it wrong. Somehow our society has come to think of marriage as something we set and forget. Lie.

“Like anything else that is rewarding, we have to work at our marriages. And it’s okay if marriage is hard work! It can never be on auto cruise.”

Charly Boy and Diane, better known as Lady D, have been married for close to five decades.

The activist had previously revealed that he got married to his wife to “please my aged mother and meet certain demands of society”.