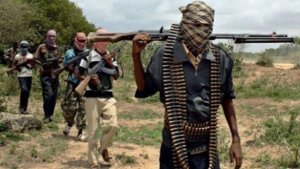 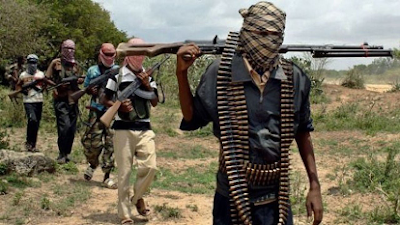 It was gathered that the incident happened at about 8 p.m. in Kaduna Estate Ajaokuta Steel Township Complex.

The incident is coming few days after three policemen and five vigilantes were killed by unidentified gunmen in Jida Bassa under Ajaokuta Local Government.

According to eyewitness, the gunmen who were fully armed, shot sporadically into the air to scare security agents and neighbours from the scene before kidnapping the three children.

A family source, who craved anonymity, identified the father of the kidnapped children as Mr Kadiri, who hails from Edo State.

The source said the gunmen on Thursday morning contacted the family of their victims, demanding a N100 million ransom.

It was also gathered that the kidnapped children are ages five, seven and ten respectively.

Narrating how the incident happened, the source said, “The gunmen came in their numbers fully armed to the house of Mr Kadiri our brother that sells television, radio and other electronic device in the steel township.

“They shot countless time to scarce People from coming close. When they could not see their target victim,(Kadiri) they decided to pick the three children from the house. As we speak, their whereabout is unknown. The kidnappers contacted some of our family members and they are demanding for N100 million. Where on earth can we raise such amount of money?

“Here in Ajaokuta, we can no longer sleep with our two eyes closed. There is armed robbery and kidnapping everywhere. Recently, we all saw how innocent policemen and vigilantes where killed. Things are already falling apart. No where is safe again.”

Effort to speak with the Police Public Relations Officer (PPRO) in Kogi State, William Ovye Aya, proved abortive as at the time of filing this report on Thursday evening. He did not pick his calls or respond to text messages sent to his phones.

Meanwhile, there was pandemonium on Thursday afternoon at the popular FFN market in Ajaokuta as police officers invaded the market searching for suspected criminals terrorizing the locality.

It was learnt that motorists, motorcyclist, traders and buyers had to scamper for safety for fear of being hurt.

A trader, who identified herself as Fati said, “The policemen with their hilux searching for all this suspected criminally minded Fulani terrorizing Ajaokuta Steel township and its environs. Some Fulanis who do market from us ran into the bush over fear of being arrested.

“This actually caused tension among traders and buyers which forced everybody to close market for the days. Insecurity in our locality is getting worse everyday. Now that we can’t come out and sell over fear of being attacked by this criminals, how do we feed our family? I am a widow with five children.

“It is from this petty trade that am using to feed my family and send my children to school. I heard that they have transferred the former DPO of Ajaokuta. If the information is true,I think there will be a great improvement in our security in Ajaokuta. From what I heard, the former DPO had allegedly compromised.”

Recall that as part of measures to address insecurity, Kogi State Governor Alhaji Yahaya Bello recently ordered the closure of all brothels that harbour criminals and placed a ban on wearing of facemask in public places for proper identification.